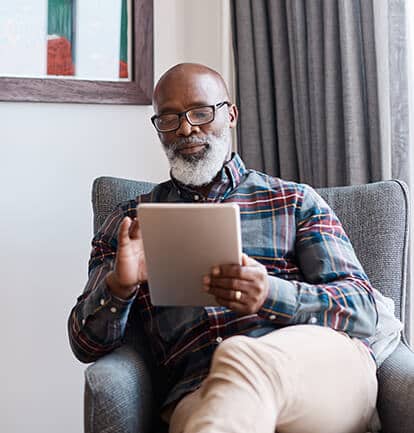 Never Too Old to Go for Gold

As the nation’s young rising athletes competed in the 2016 Summer Olympic Games in Rio, one 92-year-old resident at The Village at Rockville—A National Lutheran Community was doing just the same—vying for gold.

For the past 27 years Edward “Ted” Murphy has been a devoted participant in the Maryland Senior Olympics. Who says old age limits your athletic ability?

“Retirement is what lead to my participation,” Ted said. “I have nothing but time to do what I enjoy and remaining physically active is my hobby.”

Stemming from his love of running in his younger years, Ted made his mark in the track and field arena. He competes in variety of events including standing long jump, pole vault, javelin, discus, shot put and the open pit throws. When asked which event is his favorite— “Javelin because that’s where it all started and eventually led me to the national competition.”

So what continues to motivate this perennial competitor?

“I’m in competition with myself. I realize I’m only getting older and naturally my physical abilities will fade,” Ted said. “However, each year I continue to tell myself that I’m capable of doing better. I also enjoy the comradery and catching up with the guys during the competition weekend.”

The Maryland Senior Olympics features over 100 events in 24 sports throughout the state for adults age 50 plus. During the other 51 weeks of year, Ted practices his events with a fellow competitor at the Rockville Senior Center. His regimen consists of weight lifting, cardio and countless practice throws to prepare for next year’s competition.

Ted and his wife, Shirley, are also actively involved in the retirement community programs at The Village at Rockville, which they’ve called home since 2008. The community fosters an atmosphere of continued learning and encourages residents to pursue their interests regardless of their age. Ted is an exceptional example that you are never too old to do something. In fact, Ted and Shirley share a love for friendly competition in doubles table tennis and may consider putting their hat in the ring in next year’s Olympic event.

For more information about The Village at Rockville, visit www.thevillageatrockville.org.

For more information about the Maryland Senior Olympics, visit www.mdseniorolympics.org.