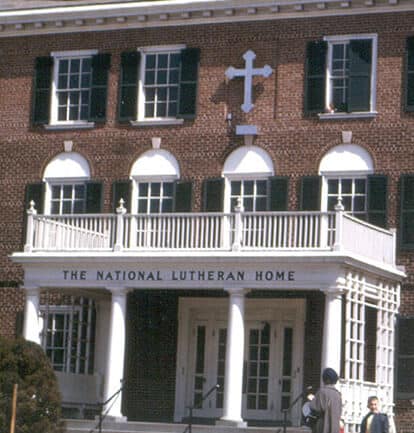 Meet our board of trustees

The Board of Directors for The Village at Rockville share a devotion to the ministry, guiding our growth to ensure that our community is a retirement destination for new generations. As NLCS President and CEO Cyndi Walters said, “The Board doesn’t just meet in a Board Room. They are out in the community, speaking with neighbors and seeing for themselves opportunities for improvement.” To learn about the Board of Directors for our parent organization, National Lutheran Communities & Services (NLCS), click here.

A born advocate, Michael Manganiello believes in the power of the patient to impact major changes in health care policy – a power that amplifies when groups unite around a common agenda. Michael founded HCM Strategists with Kristin Hultquist and Terrell Halaska as a firm that can not only access major stakeholders in the health care community but also bring them together and find common ground to advance positive change. Michael is driven by this philosophy in his management of the firm’s health policy practice, where he leads the firm’s work for the Christopher and Dana Reeve Foundation, Planned Parenthood, the National Institutes of Health (NIH) and more.

Michael has lived with HIV for more than 30 years, which has deeply impacted his lens for medical research and patient advocacy. Through his work at HCM, he is on the front lines of public health working with clients on precision medicine solutions to cancer and reducing stigma in the opioid crisis by advancing medication-assisted treatment. He works to create nontraditional, trusted partnerships with communities and provider groups to make sure those who most need care have a voice and can access services when they need them.

As chair of the Paralysis Task Force, Michael collaborated with the Centers for Disease Control and Prevention (CDC) and the Hope Network to connect more than 50,000 advocates across the country. Michael was also a founding member, president emeritus and board member of the Coalition for the Advancement of Medical Research (CAMR). In this role, he and CAMR were instrumental in joining more than 100 diverse organizations in support of groundbreaking medical research. Their efforts resulted in Congress’ passage of the Stem Cell Research Enhancement Act, which laid the foundation for President Barack Obama’s 2009 executive order allowing embryonic stem cell research to federal funding. Michael was honored to be invited to The White House to witness this pivotal moment in stem cell research.

Michael currently serves on the Board of Trustees for the Leslie-Lohman Museum of Gay and Lesbian Art, the only dedicated art museum in the world to exhibit and preserve artwork that speaks about the LGBTQ experience. Previously, he has proudly served on many advisory panels and boards, including Whitman Walker Health, the National Institutes of Health Director’s Council of Public Representatives, the National Association for Biomedical Research and the Prevent Cancer Foundation.

After moving to the Washington D.C., area in 2001, he was in private practice in northern Virginia for several years before moving to the Hebrew House of Greater Washington in 2003. He directed the outpatient clinics and assisted living facility at Hebrew House until 2008 when he assumed the role of medical director of the Hebrew Home campus. In 2011, he became medical director of Evercare MidAtlantic (now Optum Health) overseeing care of enrollees in over 65 facilities in Maryland, Washington D.C., and Virginia in addition to a large and growing community based program. In September 2015 he moved to Johns Hopkins HealthCare LLC to help implement and oversee the then-new Medicare Advantage MD program and also serves as the JHHC Medical Director for the TRICARE USFHP program. He continues to see geriatrics patients at the Landow House Assisted Living Facility of Hebrew Home.

Dr. Doyle has been involved in numerous advanced care protocols and has served on the regional boards of the American Geriatrics Society and the American Medical Directors Association. He has been involved in numerous statewide initiatives including Governor Hogan’s task force on health information exchange, the Maryland medical orders for life sustaining treatments and the transitions in care initiative. He was a clinical professor of geriatrics at both Georgetown University and The George Washington School of Medicine and actively involved in the training of geriatrics professionals. His main areas of interest include geriatric psychiatry issues, quality of life measures and improvement in transitions of care outcomes.

Phyllis Rumbarger received a Master of Arts from the University of Maryland, a Bachelor of Arts from DePauw University in Indiana and has taken classes with the Osher Lifelong Learning Institute through Johns Hopkins University.

Phyllis retired in 2009 after working in the field of human development, assisting people in reaching their individual potential. This included teaching children of U.S. servicemen/women in an overseas setting, developing curriculums and training staff to teach youth with dyslexia, and creating and directing stay-in-school programs for the underserved adolescence living in violent inner cities. Phyllis was successful in developing state-of-the-art curriculums for educators and approaches, which were supported by research, financial resources and accountability. She has been director for “I Have A Dream” Foundation and worked with the Commonwealth Foundation.

Phyllis is a resident at The Village at Rockville and has been a member of the Independent Living Association there since 2017, serving in the roles of president and vice president.

She is currently working as a principal information security engineer for the MITRE Corporation. Prior to this she was a senior executive in government, providing executive management and leadership in activities ranging from systems security and strategic planning, to large data center and network operations. This has included working for the Centers for Medicare and Medicaid Services (CMS), office of information services and U.S Department of Energy (DOE).

Cyndi Walters was named president and chief executive officer (CEO) of National Lutheran Communities and Services (NLCS) in May 2021, assuming the position full time in August 2021. Prior to this role, she served as chief operating officer (COO) since 2016.

Cyndi has served at NLCS in varying capacities for nine years; first as a consultant before joining as chief operating officer in 2016. Cumulatively, Walters has over 30 years of experience in the senior living industry including a strong background in strategically growing and diversifying the organization and an enhanced focus on operating as a senior-living system and leveraging its benefits and efficiencies. Prior to joining NLCS, she provided project management and advisory services to senior living organizations through Walters Advisors, LLC. She has also served in a leadership role at Presbyterian Senior Living in Dillsburg, Pennsylvania, and during her 19 years at KPMG (a global network of professional firms providing audit, tax and advisory services), spent significant time as a partner and leader of their National Senior Living Advisory Practice

As president and CEO, Cyndi’s focus is strategically growing and furthering NLCS’ mission to honor, inspire and support choice and opportunity in partnership with older adults. Cyndi is an advocate for “aging with choice,” which means supporting older adults in making their own choices in aging, whether it means moving to a senior living community or bringing in supportive services to their home. She is also an advocate for team members across the organization and leads a team dedicated to ensuring NLCS remains a Great Place to Work® and an employer of choice for those who have a heart to serve older adults.

Cyndi is a native of the Harrisburg, Pennsylvania area and holds a Bachelor’s of Science degree from York College of Pennsylvania.